Home > Blog > Where is Roatán?

Found hidden away in the Caribbean Sea, Roatán is located between the islands of Utila and Guanaja, off the northern coast of Honduras in the western Caribbean area. The largest and most developed of the Honduras Bay Islands, Roatán is about 60km long, and less than 8km across at its widest point. It is considered one of the most important diving and cruising destinations in the Caribbean, thanks to its location near the Mesoamerican Barrier Reef the second largest barrier reef in the world – beaten only by the Great Barrier Reef in Australia.

The Bay Islands of Honduras were first discovered in 1502 by Christopher Colombus, with Roatán initially being occupied by the Paya Indians. After its discovery, its inhabitants varied as the British and Spanish fought for possession of the island, but the most famous occupation of Roatán was by the famed pirate Henry Morgan, who used it as a base for his raiding expeditions. Roatán also has a dark element of its past, as the island was used by the British as an area to deposit slaves who grew too hard to control or who tried to escape from captivity, leaving them to fend for themselves.

Now, Roatán is known as “the Caribbean’s best-kept secret”, with its rolling, jungle-covered hills, white-sand beaches, and sparkling blue waters. The island has a diverse mix of friendly inhabitants who are all very welcoming to visitors, and there are a host of things to see and do wherever you stay. 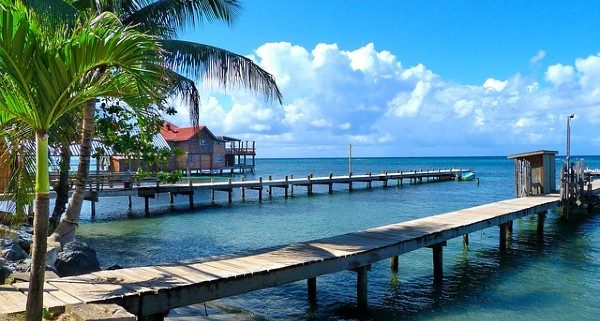 Found along the easternmost part of Roatán, the Satellite Islands are a collection of tiny islands that are separated from the mainland by a channel that passes through mangroves. The islands include Pigeon Cay, Morat, and Barbareta, and can be easily accessed via a boat. Plus, the mainland has a well-paved main road that connects destinations like Mount Pleasure, Brick Bay, Coxen Hole, West End, Sandy Bay, Oakridge, and French Harbour – so you can get down to the eastern end of the island fairly easily.

Despite its location, the main language spoken in Roatán is English, as a result of the fact that the first modern population originated from parts of the British Caribbean – so you’ll be able to get along just fine. However, the main language in mainland Honduras is Spanish, and legal documents will be always be completed in Spanish, so it’s handy if you know a few phrases.

The British influence on Roatán can clearly be seen in the language used: native islanders will typically speak English at home, and the increase in tourism in recent years has continued this importance placed on the English language.

However, public schools are taught in Spanish – something to bear in mind if you’re thinking about moving over there with children in tow.

Roatán has an extensive history for such a small island. The Pre-Columbian residents of Roatan and the Bay Islands were believed to have been related to Paya, Maya, Lenca or Jicaque, all of which were the same cultures that were once found in Honduras. It wasn’t discovered by the western world until Christopher Columbus stumbled upon it during his fourth village (1502-1504), while he was visiting the neighbouring Bay Island of Guanaja. It wasn’t long after this that the Spanish began using the island for slaving purposes, and as a result no original Roatán Native American communities survive today.

The country has attracted all number of different communities to its shores over the course of history: individual settlers, pirates, traders, and military men, all engaged in various different economic, political, and cultural activities. The island was a frequent resting point for sea travellers, and this also made it a great location for military occupation during the struggles between European powers – typically Britain and Spain.

Interestingly, in 1797, the British defeated the French in a battle for control of St. Vincent island, and then rounded up all the St. Vincent Black Caribs – the native culture who sided with the French – and deported them to Roatan. The Black Caribs became the first permanent settlers on the island, and their ancestry of Native American, African, and European laid the foundations of the modern-day Garifuna culture.

The Garifuna are descendants of the Caribbean Indians and West Africans who escaped from slave ships that were wrecked off the coasts of St. Vincent during the 1600s. Back in 1796, the Garifuna would have resided in the islands of the Antilles and St. Vincent, but after the British invaded, they were exiled to Roatán in 1798. From there, they migrated to Honduras, and communities can be found living all along the coastline: Guatemala, Nicaragua, and Belize.

Every year on the 12th April, Punta Gorda hosts a celebration to honour the anniversary of the arrival of the Garifuna on Roatán. The day is filled with dancing, singing, sharing food, and drinking. Plus, there’s the chance to learn how to dance Punta, learn phrases and words in Garifuna, and learn more about the history and culture of the community.

The tropical nature of the climate of Roatan lends itself to a multitude of different activities – including ziplining, snorkelling, diving, swimming, fishing, sailing, and swimming with dolphins. More than this, travellers also have the option to walk through nature parks and try the authentic and local food famously influenced by dozens of cultures.

The West End is the best place to go for the nightlife, with plenty of restaurants and bars to choose from, pretty much all of them serving up refreshing cocktails and showcasing live music performances.

Tourism is one of the two main sources of income for the country – the other being fishing, and both are important for the economic stability of Roatán. Getting to the island is easy for toursits to do, as it’s served by the Manuel Gálvez Roatán International Airport. Pluys, visitors who prefer to travel by boat have the chance to hop on the Galaxy Wave Ferry that comes to and from the island twice a day, from mainland Honduras. 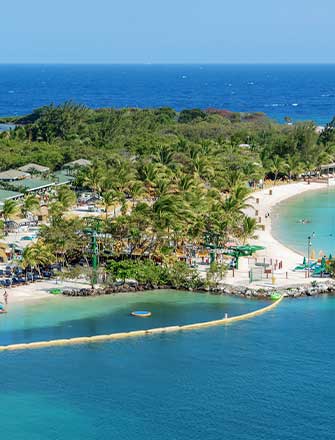 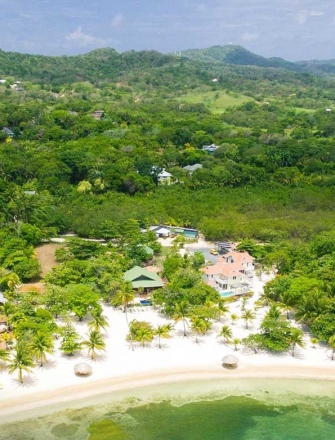 27 things to do in Roatán

Where to stay in Cuba
Scroll to top