Iceland in December is definitely for the more adventurous travellers who love a good winter destination that has an endless supply of activities. December is possibly the best time to visit the country, as Iceland is one of the most festive places around. With activities like ice caving and New Year’s Eve being the largest night of the year, you’ll never run out of things to do.

As one of Iceland’s darkest and coldest months it can seem like the country might experience a time of bleakness. However, the opposite is true. During the winter month’s Iceland comes alive with a festive blanket of snow over the island giving the perfect atmosphere for a winter getaway.

Reasons to visit Iceland in December 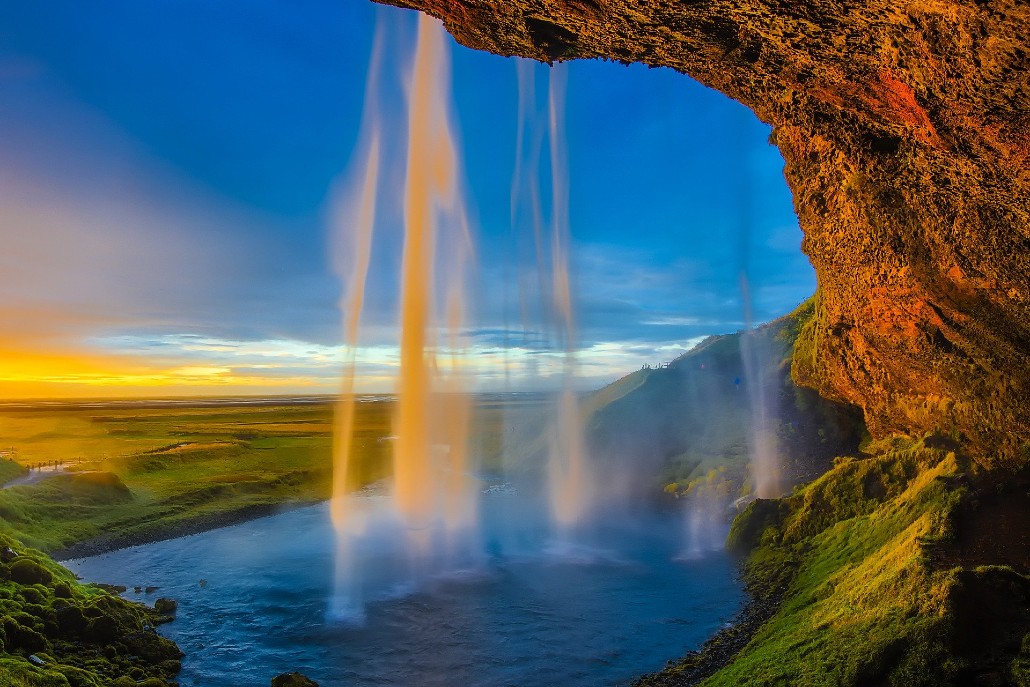 In Iceland, December is one of the most beautiful months for the country. There is a layer of thick snow on the ground, Reykjavik sparkles with festive lights and there’s a crisp chill in the air that immediately wakes you up the second you leave the house. For those who adore cosy winter days, December is the perfect time to visit the island, with dark, cold days and the Northern Lights often dancing above the country.

Iceland never gets as cold as people expect. Although it’s closer to the North Pole than most other countries, the south of Iceland where people tend to visit the most only actually ever gets to an average low temperature of -1C in December with highs of 4C. This means you should bring your warm coats and prepare for bitingly cold winds. Generally, around the country there are no particular fluctuations in the weather however, the north of Iceland can be a little colder.

December has the shortest days of the year for Iceland as its located so close to the Arctic circle. This means in summer the opposite is true and some days have 24 hours of uninterrupted daylight. Daylight hours only tend to last for around four hours, with the sun rising at about 11 am, and setting between 3-4 pm. Although this might sound a little disheartening, there’s still plenty to do during the limited daylight hours, and even more to do when the sun goes down. It also means that you’re given even more chance of spotting the Northern Lights.

Things to do in Iceland in December 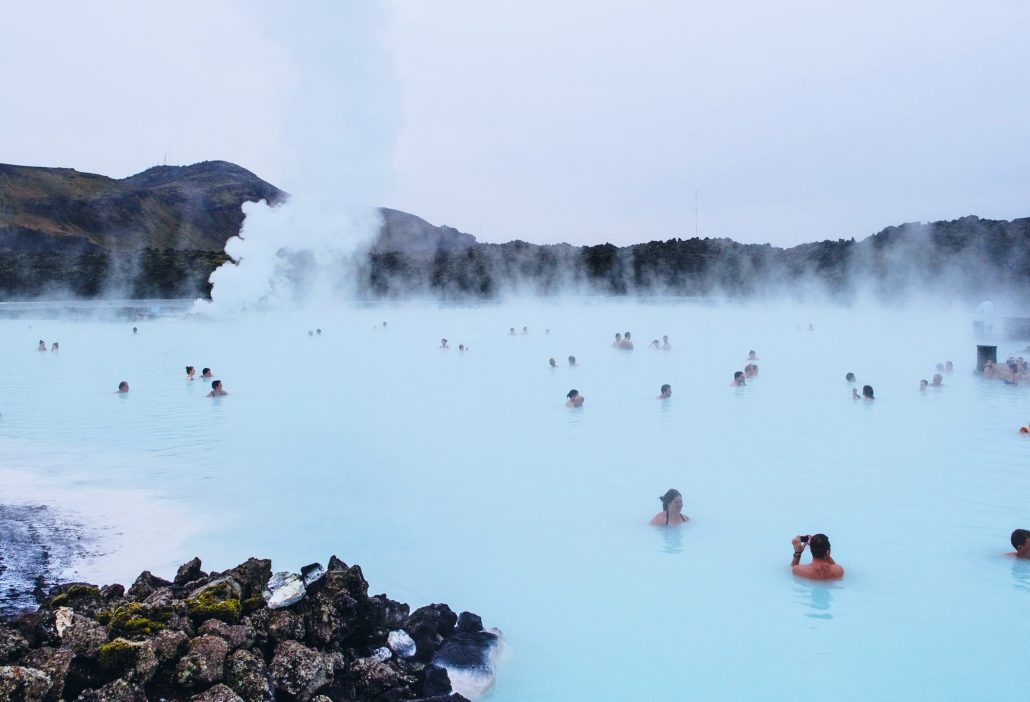 On top of everyone’s bucket list on a trip to Iceland is the opportunity to see the elusive Northern Lights. This gorgeous light show that only takes place at night is rightly named as one of the natural wonders of the world. There are a couple of popular spots to find the lights near Reykjavik including Grótta Lighthouse and Öskjuhlið forest. The main factors to take into account when searching for the Northern Lights is to make sure you’re in an area that has little to no light pollution.

One of the highlights of travelling to Iceland in December is being to experience the Blue Lagoon. The geothermal spring is heated thanks to Iceland’s volcanic landscape meaning that while the temperatures outside will be well into the minuses, the lagoon stays at a toasty 38°C. The water is said to be purifying and visitors will be able to try one of their natural clay facemasks.

In recent decades Iceland has become one of Europe’s best spots for whale watching with a large variety living around the icy shores including minke and humpback whales. Although the best time to see whales is in the summer, the winter months also provide ample opportunities to see these great animals. Plenty of tours run in December and offer a range of vessels from modern RIB speedboats to traditional Icelandic oak boats with tours lasting from hours to days.

During winter the conditions for ice caving becomes perfect in Iceland as in the summer months the glaciers melt which fills the caves with water. Ice-caving is a unique experience that allows adventurers to explore inside great glaciers. The main caves in the country are in Vatnajokull National Park in Southeast Iceland, Mýrdalsjökull glacier near Vik and at the Svínafellsjökull in Skaftafell National Park.

More and more people are choosing to spend their Christmas in Iceland rather than in their home country. This can be down to a number of factors such as the festive atmosphere in Reykjavik to the wintery nature of Iceland coming alive. There’s also the fact that visitors are almost guaranteed to experience a white Christmas and they even have 13 Santa Clauses.

Iceland’s Christmas celebrations weave together both Lutherism and Paganism. In Reykjavik, the great Oslo Christmas Tree is lit at Austurvöllur which draws crowds from far and wide and is where you’ll find the first Yule Lad. If you want to get completely enthralled in the Christmas spirit and folklore of Iceland, Hafnarfjörður is a settlement in the greater Reykjavik area that has deep ties with folklore and tradition. During the winter months, this town turns into the ultimate fairy-tale Christmas village.

Why is Christmas in Iceland so special?

What to do at Christmas

Although Christmas is a time for family, there’s still plenty to do in Reykjavik. Music lovers can attend Christmas concerts by some of Iceland’s most beloved musicians or angelic sounding choirs. From the 1st of December, an ice rink will be set up in the main square, letting guests glide around on the ice while surrounded by Christmas decorations. If you want to spend Christmas at a restaurant then make sure you book well in advance as this is one of the busiest times of the year for the city and most places will be booked up.

Christmas in Iceland is deeply steeped in colourful and unusual folklore. One especially vibrant tale is that of the 13 Yule Lads, a group of mischievous pranksters who steal from or harass the population. They all have names which characterise their personalities and their favourite way of harassing people. They’re called Pot-scraper, Bowl-licker, Stubby, Spoon-licker, Gully Gawk, Window-peeper, Meat-Hook, Sausage-swiper, Sheep-cote Clod, Skyr-gobbler, Door-sniffer, Door-slammer, and Candle-beggar.

They all live in the highlands with their troll parents Grýla and Leppalúði, and their big black cat called Christmas Cat. The mother Grýla eats naughty children while the father Leppalúði catches them to put in her pot. Christmas Cat also has a taste for children but they need not be naughty, it only eats children who didn’t receive a piece of clothing for Christmas. Each Christmas the Yule lads arrive one by one to terrorise the population, and then from Christmas Day leave one by one. 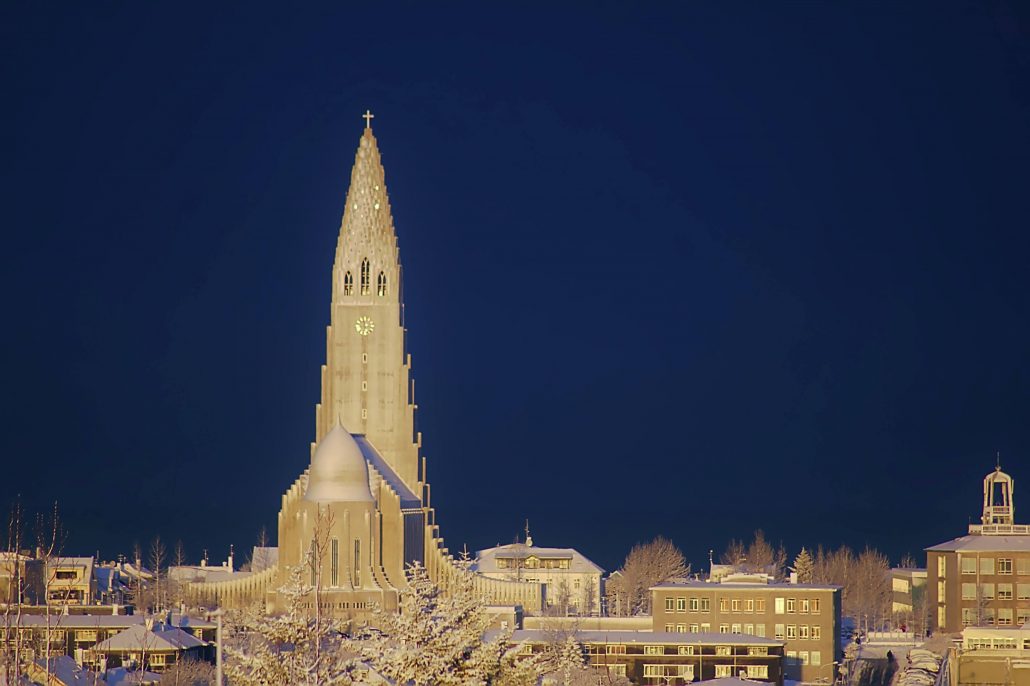 Reykjavik celebrates New Year’s Eve like no other place. When the night comes around the sky is lit up by hundreds of fireworks, turning the horizon alive. During New Year’s Eve, the ban on fireworks is lifted for a week so that everyone can purchase as many fireworks as is possible and let them off to celebrate the new year.

Another unusual tradition is to visit a bonfire of which there are ten in Reykjavik and seven more in the Great-Reykjavik area. It’s not just the capital city that starts these but also the entirety of Iceland with over 90 bonfires burning throughout the country. The ancient tradition first came about when Icelandic people would use them as signposts for the elves trekking through the sark winter nights on New Year’s Eve.

You might notice that the streets become deserted around 10:30 pm for about an hour. This is because everyone and their mum are at home to watch Áramótaskaup, a sketch show that pokes fun at the events of the past year. The show is so popular that almost 90% of the population watch it each year and have done so at the same time since 1966.

On New Year’s Eve, the bars and nightclubs in Reykjavik come alive and celebrate the biggest night of the year. Locals tend to gather together for dinner before heading out into town to party which offers tourists plenty of opportunities to get stuck in and experience the Icelandic nightlife. Unlike in other countries, the bars and nightclubs tend to open after 12 am to allow the bartenders to spend the New Year with their family. Therefore, most venues open at 1 am so make sure you get there on time to secure your entry.

How long are the days in December?

During December the country experiences some of the shortest days of the year. The sun tends to rise in the morning at about 11 am and sets between 3-4 pm in the afternoon only allowing for a maximum of 5 hours of daylight.

Can you see the Northern Lights in Iceland in December?

Definitely. As December is the darkest time of the year it’s one of the best times to see the Northern Lights. The peak season is between September and March when the days become shorter and the sunsets at about 3-4 pm.

Although December is still an incredibly cold month, it’s probably not as cold as most people expect. Visitors can expect average temperatures to go as low as -2C with the average high at 4C. Iceland is famous for its sporadic weather which means that it can rain in one hour, and then you could have blue skies the next. Rain in Iceland comes in all shapes and forms including snow and sleet meaning you never know what you’re going to get.

How should I dress?

As a Nordic country, you should definitely wrap up warm. With temperatures plunging into their minuses and visitors likely to be spending the entire day out exploring frozen waterfalls, you should dress as warmly and practically as possible. This means practical boots, layers of woollen clothing, a waterproof coat and gloves.

Can you drive in Iceland in December?

Throughout December the roads in Iceland will be icy. While you can absolutely drive in the winter months, you should be extra careful and ideally rent a four-wheel drive. Remember that in Iceland you drive on the right side of the road!

If you’re looking to visit a country that fully embraces the festive spirit while simultaneously having a number of fun activities to do, then Iceland in December is definitely one for your bucket list.

For more ideas of where to travel in winter check out our guide of where to go in December for some travel inspiration. 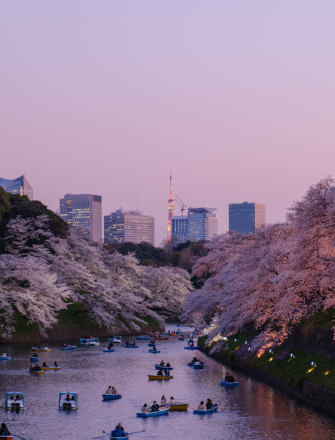 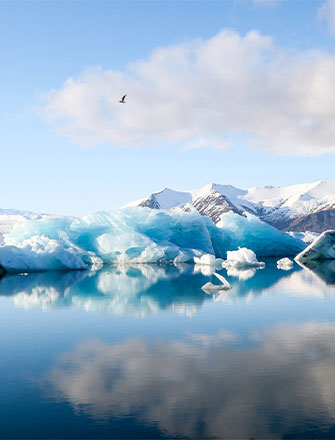 What is a Japanese Ryokan?
Scroll to top