Game of Thrones is one of the biggest things in modern history. Seriously, it’s revolutionised TV as we know it, getting bigger and bigger with each season and absolutely smashing through records. Anyone who’s anyone has seen it, read the books, knows the fan theories, and is absolutely dreading the final season coming to an end.

The world of Westeros, Essos, the Seven Kingdoms and the rest is one full of fantasy, with the Lord of Light, fire priests, dragons, magic, people coming back from the dead: you name it, it happens in the show. But what about if we took those characters out of their fantasy world, and plunged them into the very real, very different Earth? Where would they go? What would they act like? Dress like? How would Arya channel her anger without the Faceless Men? How would Daenerys cope without her “children”?

Well, we decided to answer these questions, kind of. We reimagined the main Game of Thrones characters as if they were stereotypical travellers of the modern-day, thinking about where they would go, what they would wear, what their travelling preferences would be.

Read on below to find out the chosen holiday spots of your fave GoT characters. 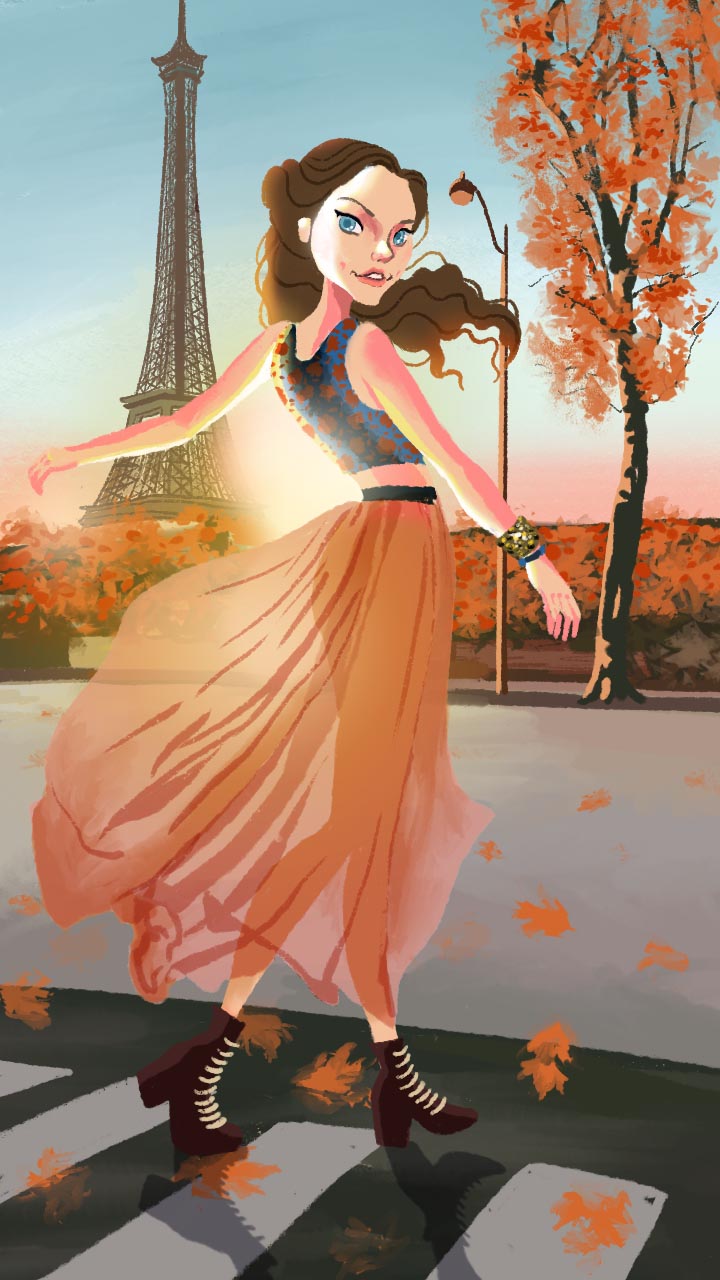 Margaery Tyrell is definitely that one popular, pretty, smart and simperingly nice girl at high school who you would have hated, even more so thanks to her ability to manipulate pretty much everyone she knew to get exactly what she wanted. However, remove her from this high school setting, and suddenly she’s that hopeless romantic girl floating (yes, she definitely floats, rather than walks) through cities, with flowers in her hair and dresses that are definitely not weather-appropriate.

You’ll find her in Paris most likely, wandering around the palaces, romantic novel in hand and a courteous, polite, smirk on her lips and she concocts her next plan to get into that very same palace. Everything becomes romanticised, and she’ll always have a man on her arm. 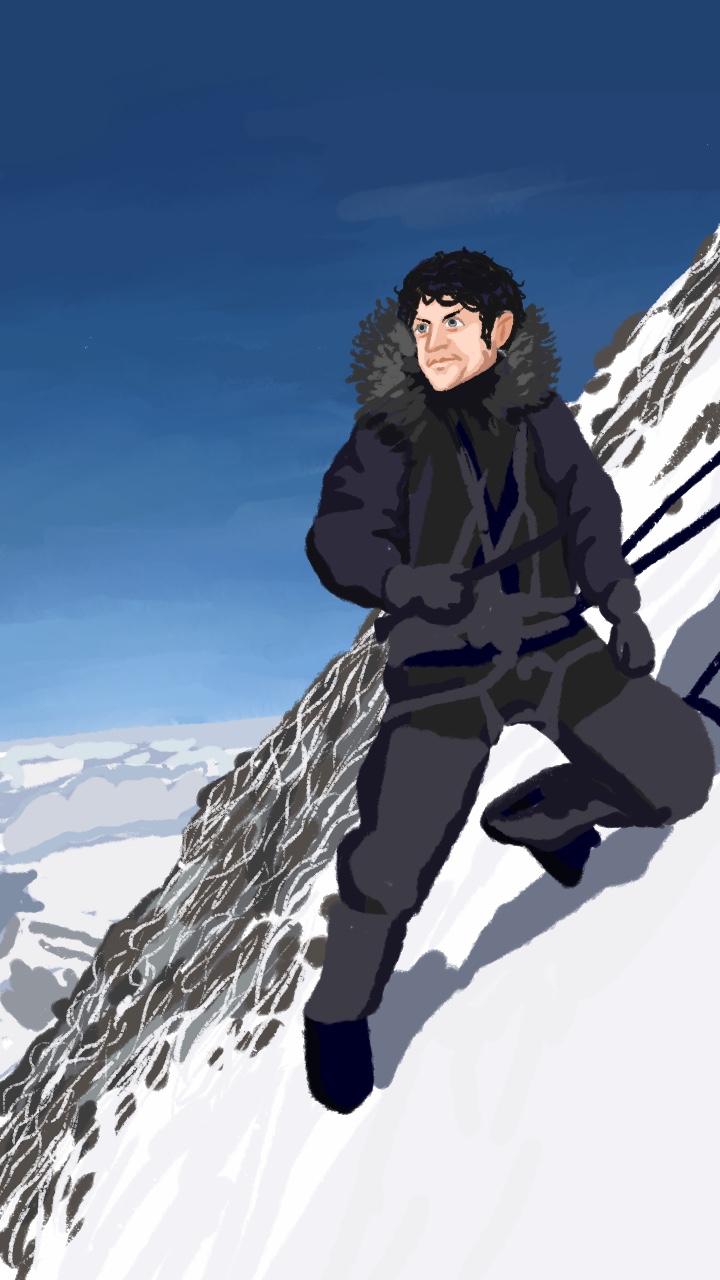 The weird loner you might not want to come across in a dingy little bar, there’s no denying Ramsay Bolton is all about the thrill-seeking, adrenaline-pumping activities – why else would he go on dog hunts that only ever end unhappily for the people he’s hunting? Nothing is ever enough for Ramsay; he gets a rush from being in danger, from pain, and pushing his body to the limits. He’ll be tanned, covered in scars and scratched, attractive in that rugged, I’ve just wrestled with a bear and won kind of way, and somehow his unapproachable, f*** boy attitude is totally charming and gets him all the girls? Weird.

You’ll probably find him wrestling a crocodile, or throwing himself out of a plane, free-running across rooftops, that kind of thing, and he’s definitely climbed a mountain or two in his time.

Tyrion might come across as a bit of an outcast in the show, but the truth is he’s very sociable – and he proves that by getting along with pretty much everyone who will give him the time of day. Except for his sister, of course. How else do you think he managed to get on such good terms with Daenerys that he became Hand of the Queen?

He loves drinking, girls, and partying – especially in the earlier series – that wherever he ends up travelling you just know you’ll find him sitting in a pub, making easy conversation with the bartender, drink in hand, learning about the local culture. The best place to do all of this? Oktoberfest in Germany. 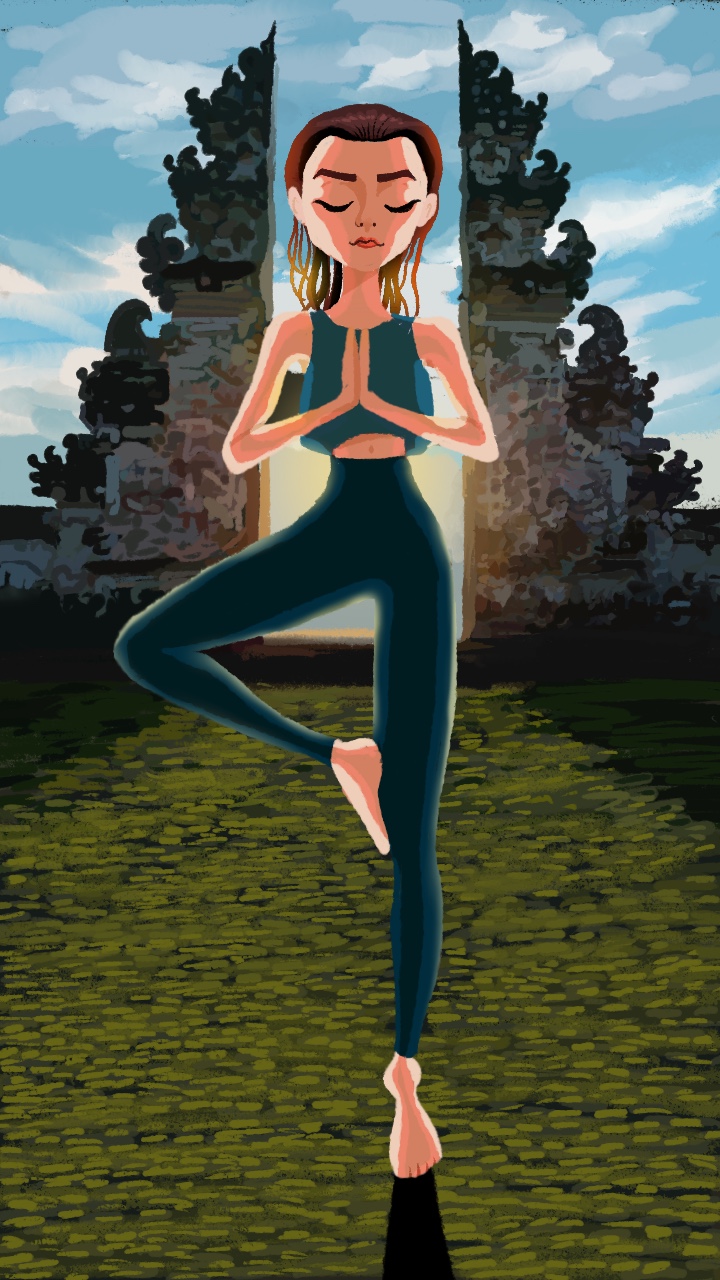 Nothing could tether Arya to Westeros when she decided to leave in search of the faceless men – not even the chance that some of her family might still be alive somewhere. She was spurred on by her desperation to tick names off her “list” and her travels ultimately led her to “finding herself” – a very typical gap yah if you ask me (which, of course, no one really did). While she may not have stayed with the Faceless Men, but she definitely uses all of the tricks she learnt with them, so it wouldn’t be surprising to find her meditating, studying her craft in front of iconic, “meditation” type landmarks around the world. Think the Angkor Wat in Cambodia, Mount Agung in Bali, or the Konark Sun Temple in India.

Sansa would be great in that clique everyone wanted to be a part of at school but somehow never managed it, which also means that instead of heading to uni or into a job straight after school, she went travelling instead. And pretended to be really enjoying herself, but was actually having a pretty shit time. She started off hopeful, glowing, positive about the future, but gradually the strains of travelling and no money took their toll, and it basically became a way to escape whatever waits at home.

She’s the type of gap year traveller who would adapt to where she is, becoming “local” – dressing the same, wearing her hair the same, even picking up local slang, and becoming fiercely loyal (on the face of it) to her life there. That’s why you’ll find her in Thailand, a place of change, escape, and unique culture. 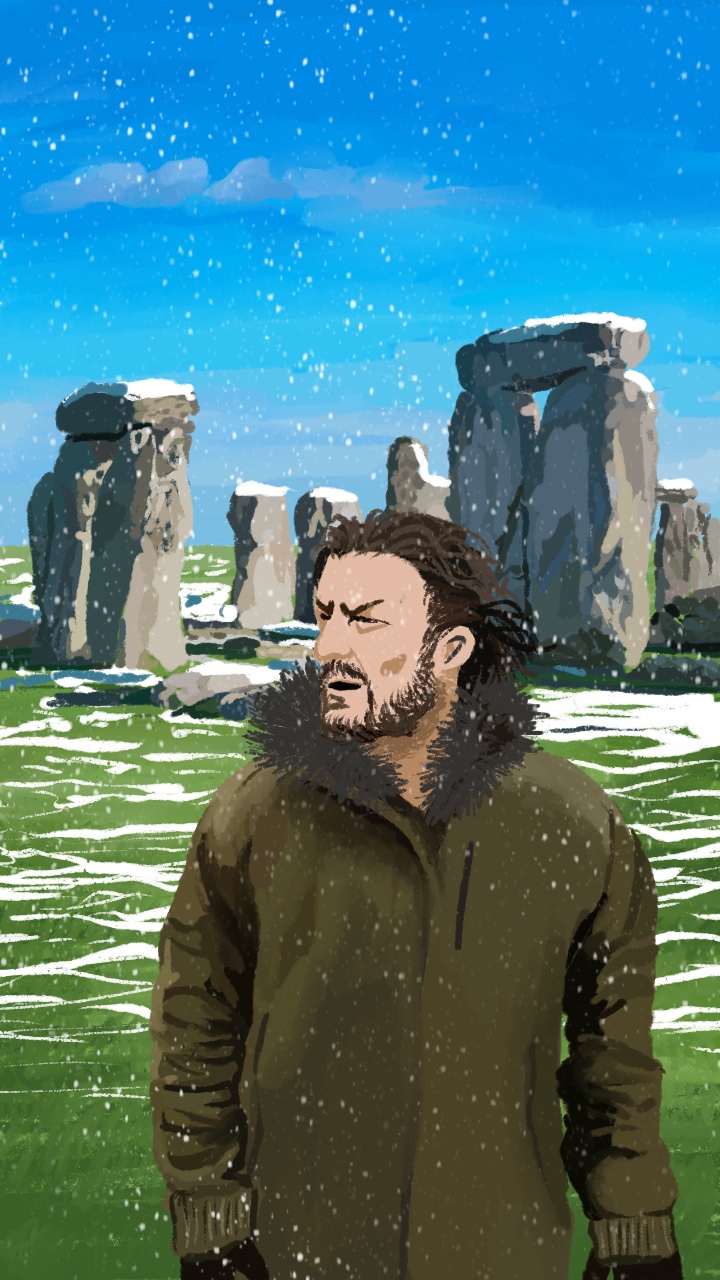 Anywhere that isn’t the depths of the north is considered “travelling” to a Stark, and none more so than Ned. Even travelling to the south of his own country is a worrying process that takes a lot of careful, meticulous planning. Ned’s the type of guy who’ll read reviews before booking somewhere, considers travelling to take an actual leap of faith, and prefers to stay in the safety of somewhere he knows. He overthinks everything but will travel if he has to. That’s why you’ll find him at Stonehenge; just enough history to warrant him travelling there in order to actually learn something, rather than travel for the sake of it.

Daenerys Targaryen – Been There, Done That 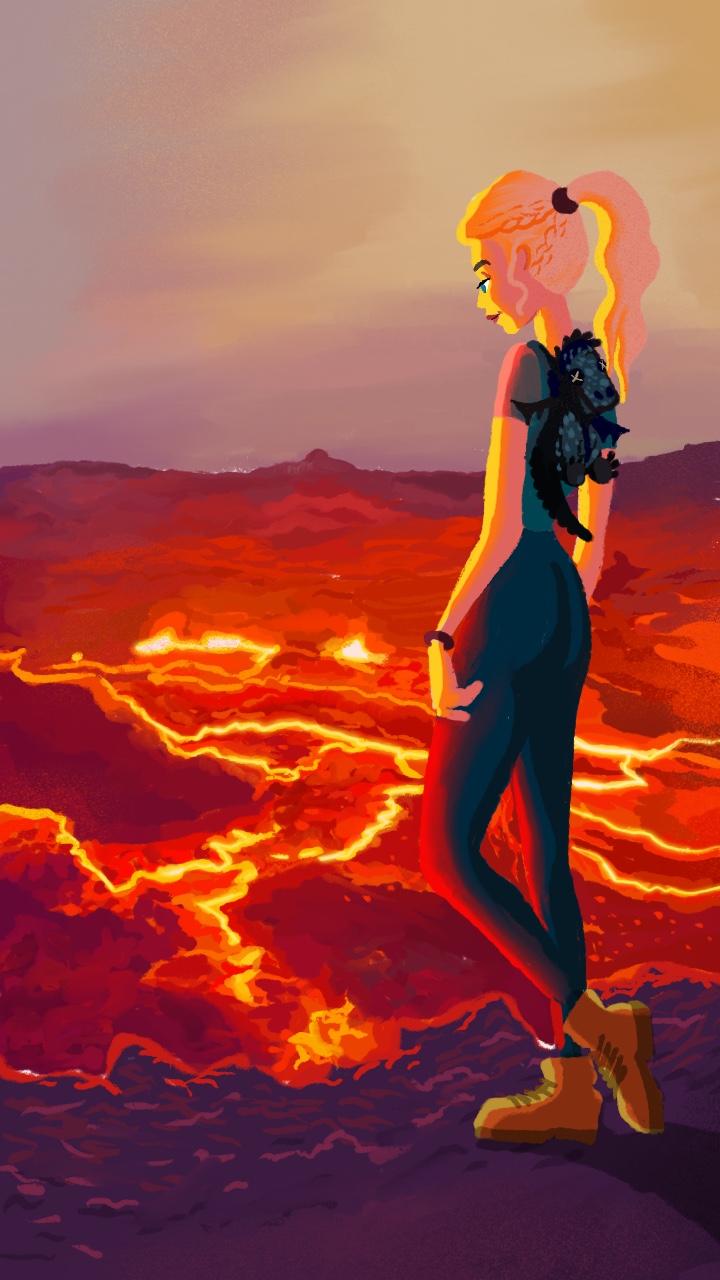 Daenerys has quite literally been everywhere in George R. R. Martin’s fictional world – and conquered everywhere on her way. She has multiple homes, was born in an exotic place with an equally as exotic accent, and has a LOT of adventures to talk about. Conversations with her will probably be along the lines of: “oh my god so this once time right, after my brother sold me to Khal Drogo – you know, the Great Khal with his own Dothraki army? Well, anyway, there I was, stallion heart in my hands…” Pretty wild.

The Mother of Dragons’ love of fire will take her to all kinds of places around the world, including the Erta Ale volcano in Ethiopia, one of the most active volcanoes on the planet. 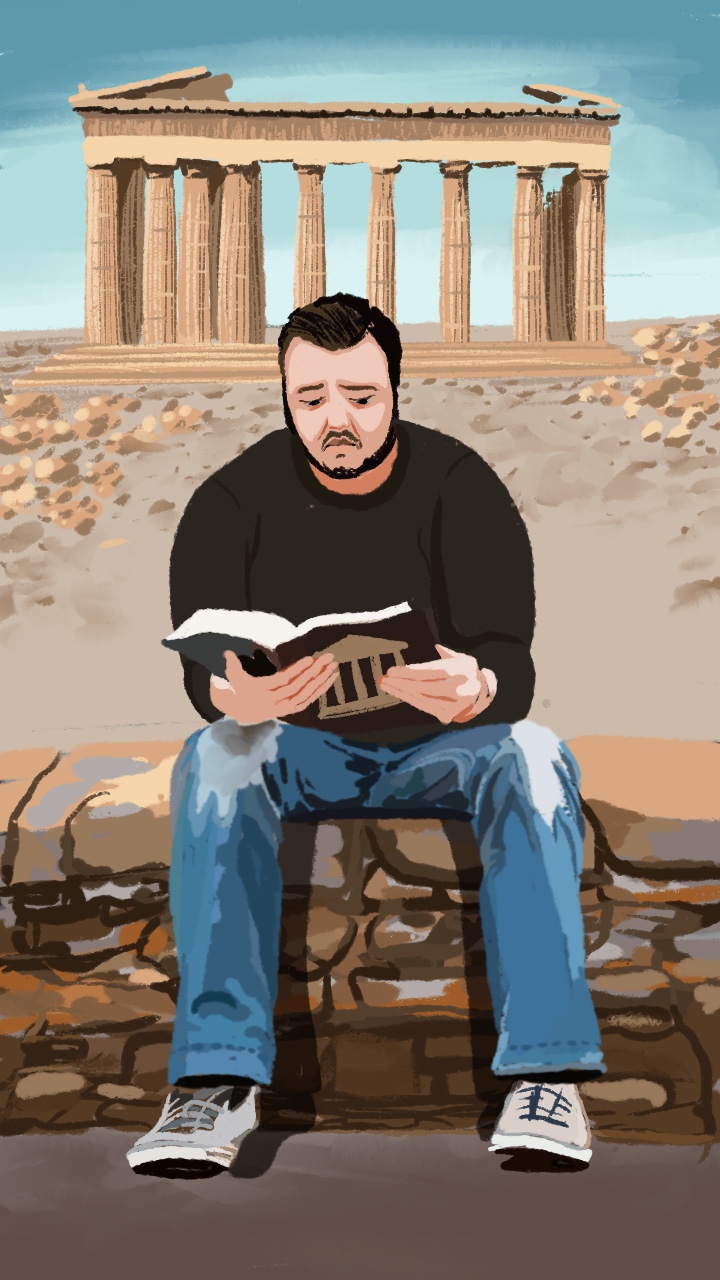 Sam is known for two things: his unswerving love for Gilly, and his unswerving love for history and all things knowledge. The second of these proves to be one of the most important things to happen in the whole series – it’s Sam who works out Jon Snow’s true parentage. It’s this quest for knowledge that takes him to some of the most interesting places around the world, places full of ancient ruins and historical artefacts. Sure, he’s been to Pompeii, the ancient pyramids, all the big sites, but the one that keeps pulling him back is the Acropolis of Athens. And that’s exactly where you’ll find him, probably with a backpack of books to keep him company. 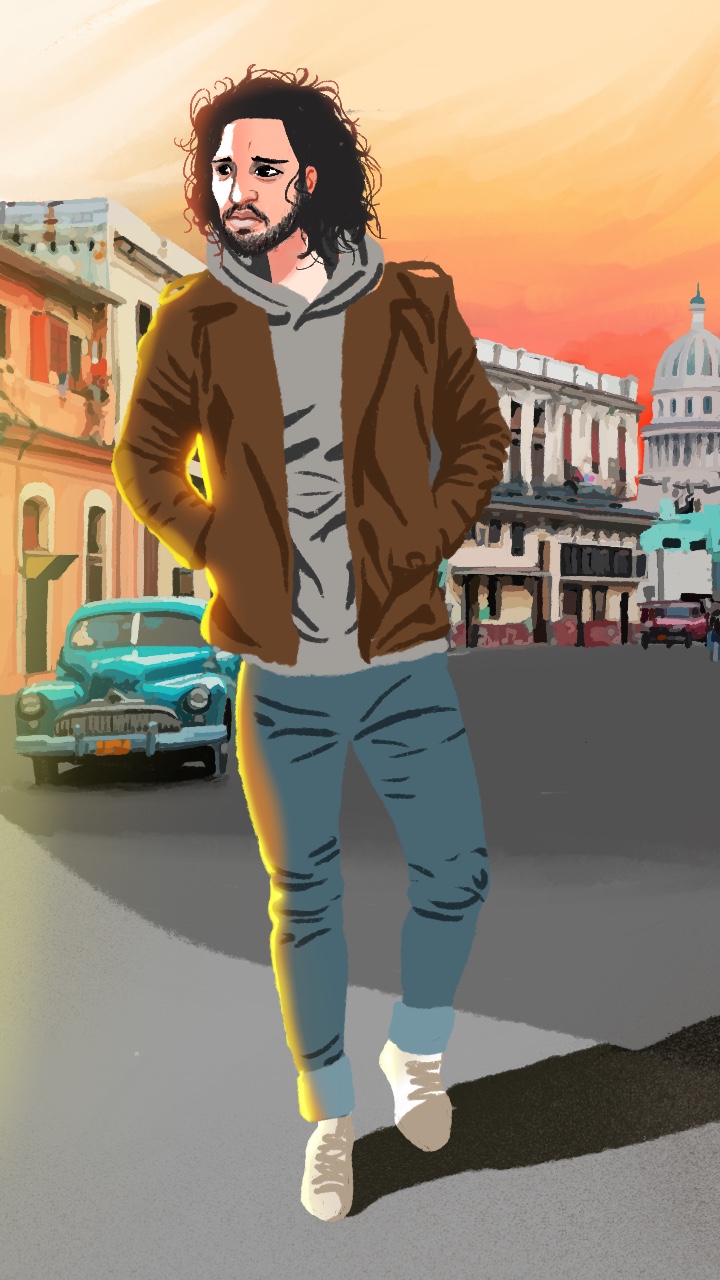 Jon has been through some shit, so it’s no wonder that he’s the type of guy who wants to go off travelling very specifically by himself. Not sure why, maybe to “think”? Or brood in that annoyingly charming way he does? He’ll make friends as he goes, but he’s travelling for some higher purpose, as if the new and obscure places he discovers will in some way benefit everyone – not just him. He never relaxes, and there’s always something to be done, someone to meet with, somewhere to visit.

That’s why you’ll find him in Havana. Kind of new, pretty upbeat, but also there’s so much going on that it would be the perfect chance to escape from the pressures back home. You know, being the rightful heir to the Iron Throne, shacking up with his aunt, and facing impending doom thanks to the Night King. Anyone would need a holiday after that.

Somehow popular even though everyone claims to dislike her, Cersei is definitely the kind of girl to have a massive Instagram following – even if it’s just full of people hoping to see her fail. Always on top of the current trends (mean, did you see how FIT she looked in season 7?), she’s the type of person to travel with heaps of designer luggage, caring the most about her appearance and what everyone else seems to think of her. After all, how is she going to succeed and take over the world if people actually hate her, rather than just love to hate her?

You’ll find her swanning about in Times Square, bodyguards close by so none can get too close, making sure she’s the absolute centre of attention. As always. 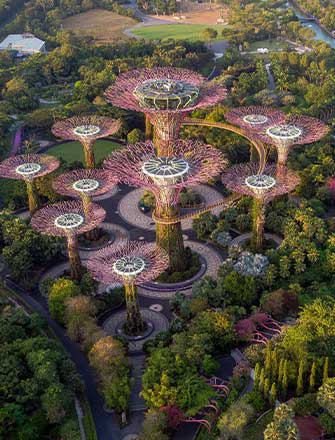 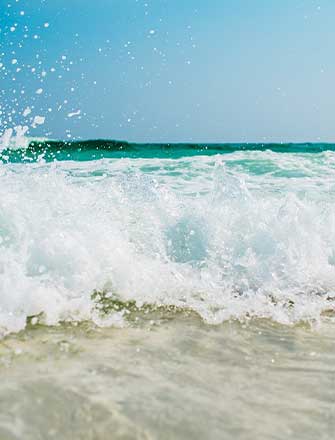 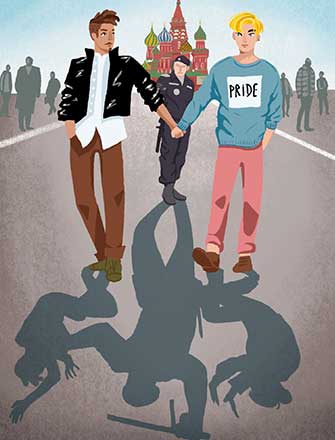 The best beaches in Cuba
Scroll to top