Holidays in Cuba offer something for everyone, whether you want to spend every day of your trip relaxing on the beach or if you’d rather be absorbing the country’s culture and history in its colonial towns and museums. This Caribbean island is loud, lively and incredibly welcoming, so it’s no surprise that Cuba has become one of the world’s most popular travel destinations.

Visiting Cuba in November means that you have just missed the end of the country’s bad weather, and get to enjoy pleasant temperatures and a dry, sunny climate. Beach resort holidays are popular in Cuba at this time of year, but there is a lot more to do on the island in its cities and rural regions, from hiking through rainforests to rolling your own cigars.

Reasons to visit Cuba in November 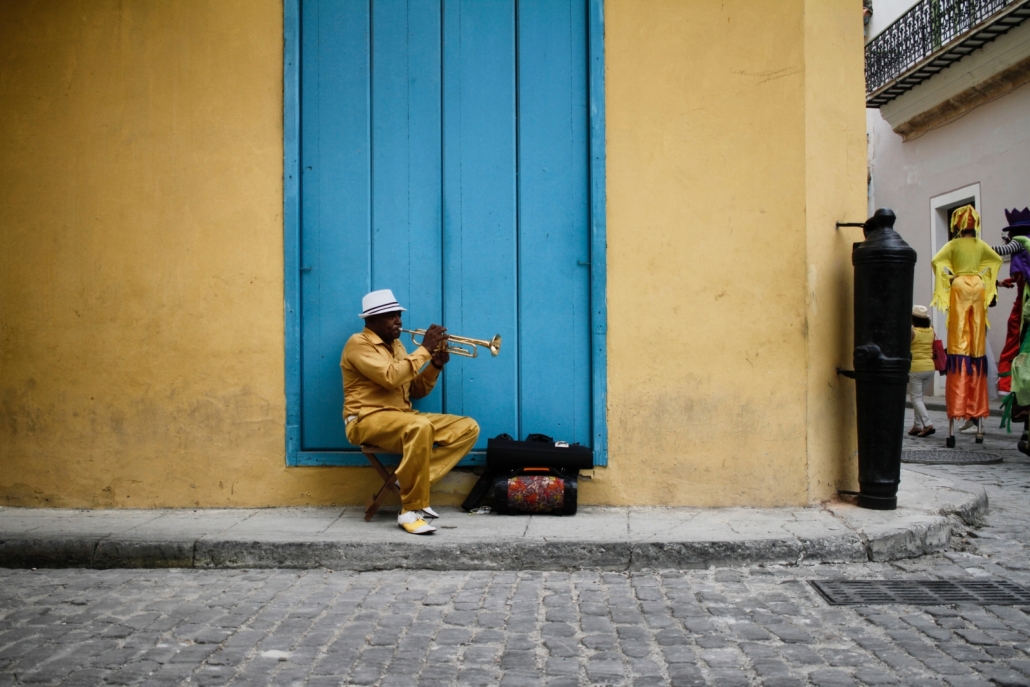 Weather in Cuba in November 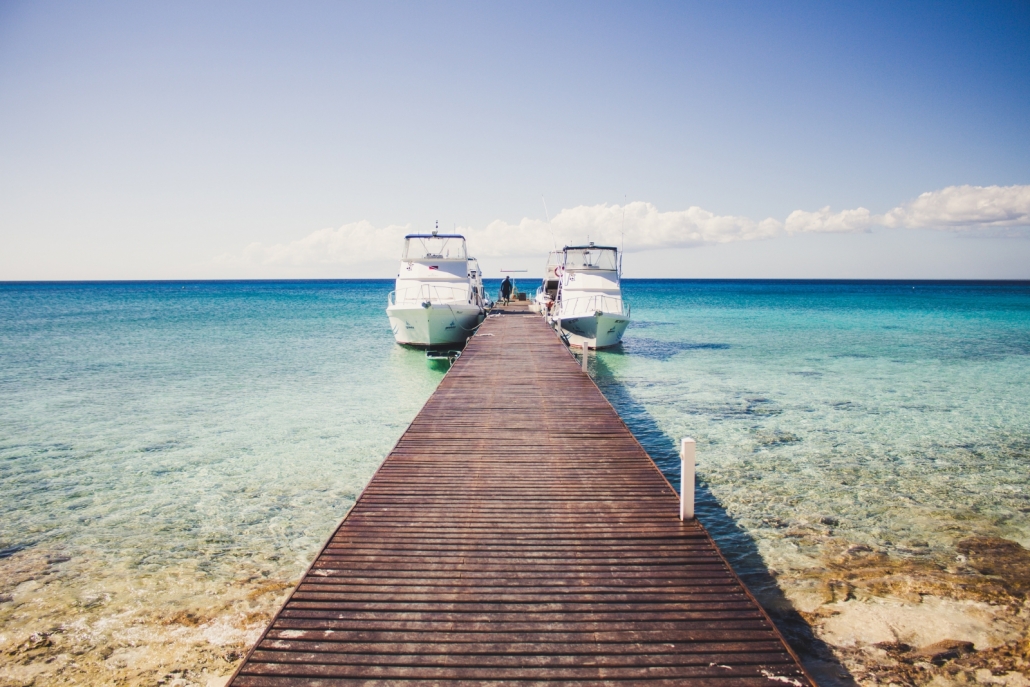 November is the start of the dry season in Cuba, and as the chances of rain decrease, the temperature starts to drop as well. You can still expect a little bit of rain at the start of the month, but also a lot more sunshine and less humidity than in the summer.

The weather in Cuba in November is generally good throughout the month, and beach holidays on the island at this time are particularly popular because of the heat.

The average high temperature in Cuba in November is 28°C, with cooler mornings and evenings that are a welcome relief after the steamy heat of the country’s wet season. The average low temperature on the island is 19°C, which is still very pleasant and should only require a light coat or jacket.

The north of Cuba gets more of a sea breeze in November, and so will feel cooler than the south of the island which tends to be more humid and have higher air and sea temperatures at the start of the dry season.

Despite the falling temperatures the sea in Cuba in November remains very warm and excellent for swimming, with an average temperature of 28°C. If the weather is wet or windy it may feel a bit cool, but November is sunny the majority of the time and provides perfect weather for spending days at the beach.

The high chances of rainfall that summer and early autumn have in Cuba disappear once November comes around, and you can expect very little rain and a fair amount of sunshine and clear skies during the month. The only exception to this is the city of Baracoa on the east of the island, which has the highest amounts of rainfall during the winter months and is to be avoided in November.

There is an average of eight hours of sunshine every day in November, with clear blue skies and lots of light across the island. When you think of perfect Caribbean weather, you’re thinking of Cuba in November.

Where to go in Cuba in November 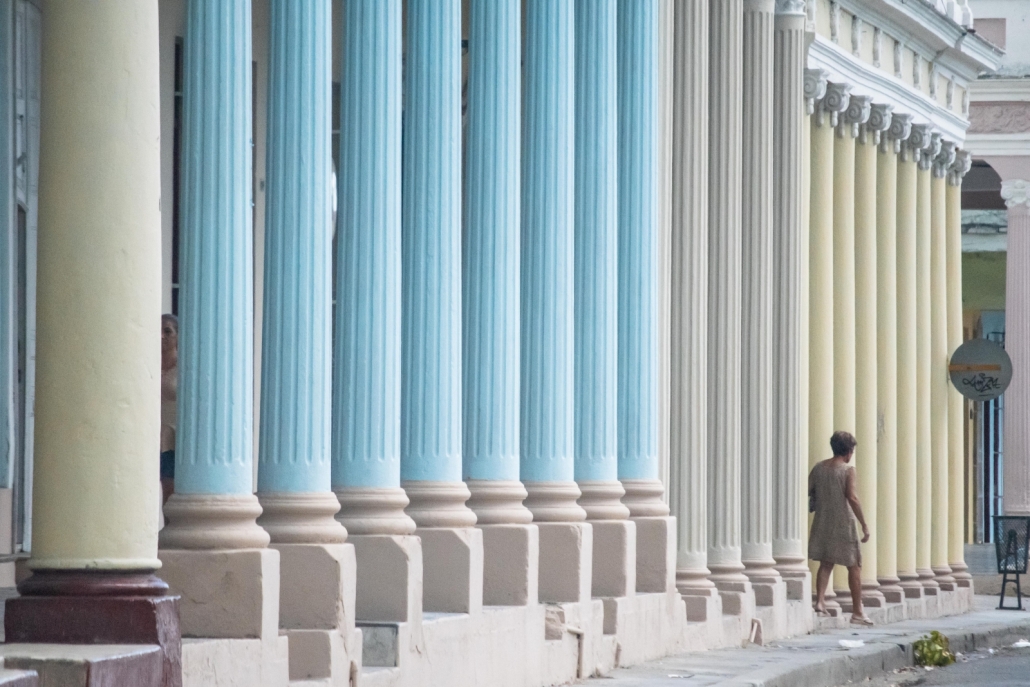 Caya Coco is a small island just off the coast of Cuba that is home to several luxury beach resorts and incredible coral reefs. November is an ideal month to escape for a Caribbean beach holiday, and prices for resorts on the island will still be low right at the start of the month.

Caya Coco’s biggest attraction is the coral reefs that line the coastline of the island which are incredible for scuba-diving and snorkelling excursions. The island is also covered in forests that are perfect for exploring and home to an immense variety of wildlife, including a huge colony of flamingos.

A popular and unique location to visit in Cuba is the small town of Cienfuegos, which was founded French visitors as a holiday destination and then influenced by both Spanish and Caribbean residents. Known as ‘the pearl of the south’, you can pass your time in the town by simply walking the streets and admiring the range of brightly coloured buildings and unique architectural styles, or explore outside of its boundaries and visit the nearby forests and bays.

Cienfuegos isn’t renowned for its beaches and so is perfect if you want a break from sunbathing and swimming. Visit the spectacular Palacio Ferrer; an eclectic blue palace that is also home to an art gallery on its ground floor, or walk a little way from the city to the rich neighbourhood of Punta Gorda, home to incredible mansions and a beautiful promenade that is best strolled along as the sun is setting.

If the beaches and big cities in Cuba are starting to feel too busy in November, then Camagüey is the perfect place to escape to for a day and lose yourself in the many side streets and little shortcuts across the city. Cuba’s third-largest city, Camagüey has a vibrant art scene and an incredible collection of historic buildings that make it a fascinating place to explore, particularly on cooler days.

The historic centre of the city is the largest UNESCO site in Cuba and has a lot of lovely plazas that are wonderful for sitting in and soaking up the local atmosphere. Film fans will enjoy a stroll down the aptly named Cinema Street, complete with five different cinemas and a range of other film-related businesses, or you can join the locals at an evening ballet performance at the Teatro Principal, a lovely old-fashioned theatre.

Things to do in Cuba in November 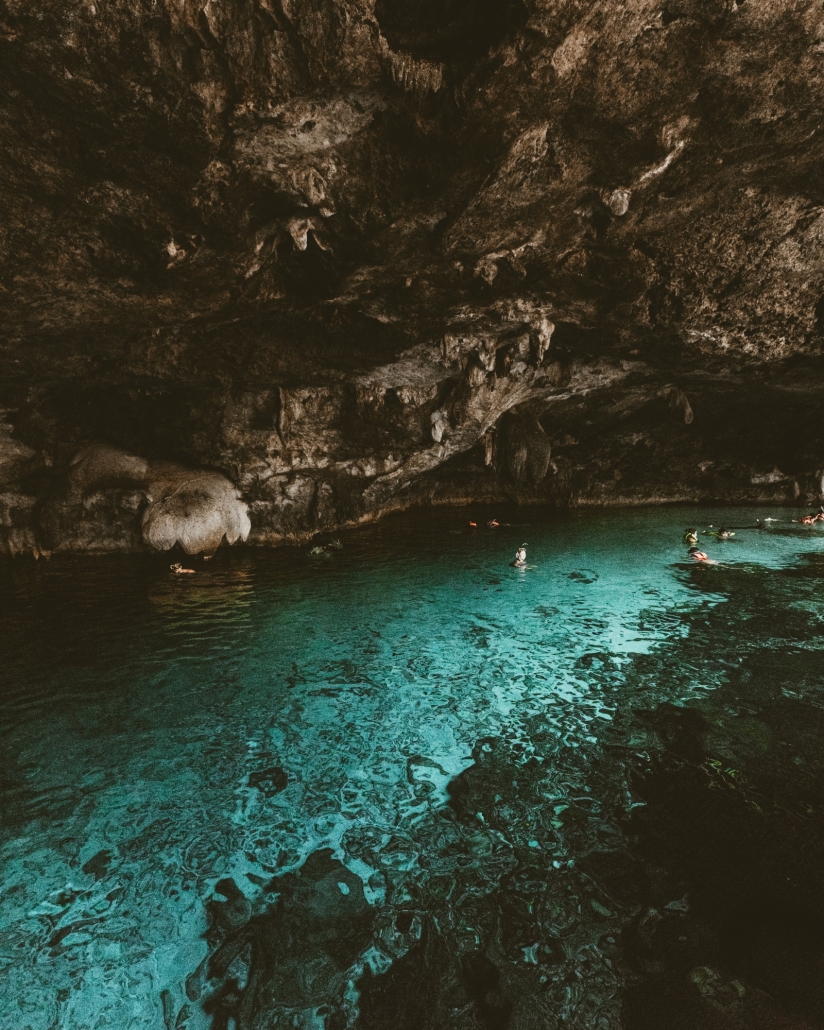 Cuba’s local cuisine has gained a reputation of being pretty unremarkable, but those who take their time to try some of the country’s specialities will tell you just how far from the truth this assessment is. Coffee and Cuban sandwiches are obvious choices to get started, but why not push the boat out and sample some of the incredible street food you will find in cities like Havana and Trinidad, such as fried plantains or individual coconut pies.

The Plaza Vieja is in the centre of Old Havana; a borough of Cuba’s capital city that has retained much of its original colonial architecture and charm. Locals and tourists alike congregate here, and you can sit in one of the outdoor cafes and just soak up the atmosphere for an afternoon.

Explore the Island by Bike

The cooler temperatures in November mean that outdoor activities are an excellent way to spend your time, and cycling offers a great alternative to exploring an area on foot. Many cities and rural regions have places you can hire bikes from for a day, and there are a range of cycle trails across the island with various levels of difficulty.

Swim in a Cenote

If you fancy a change from swimming in the sea then you can also try taking a dip in one of Cuba’s cenotes; a freshwater natural pool that can only be found in a few places across the world. The best cenote in Cuba is the Cueva de Saturno (Saturn Cave) which is just outside of Varadero and is a beautiful swimming spot inside an underground cave. 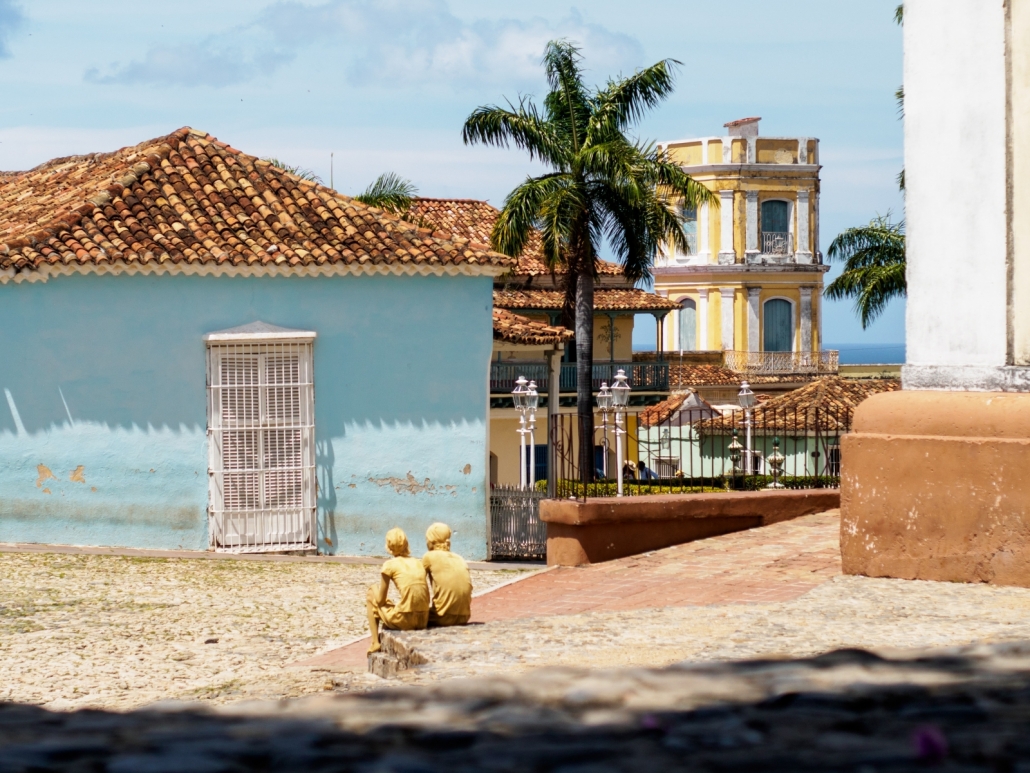 The beginning of November in Cuba should still be relatively quiet, but as December and peak tourist season approaches the island will get a lot busier and prices for flights and accommodation will begin to skyrocket. Beach resorts and big hotels are likely to get fully booked very quickly, so make sure you secure your accommodation well in advance of your trip visiting Cuba in November. 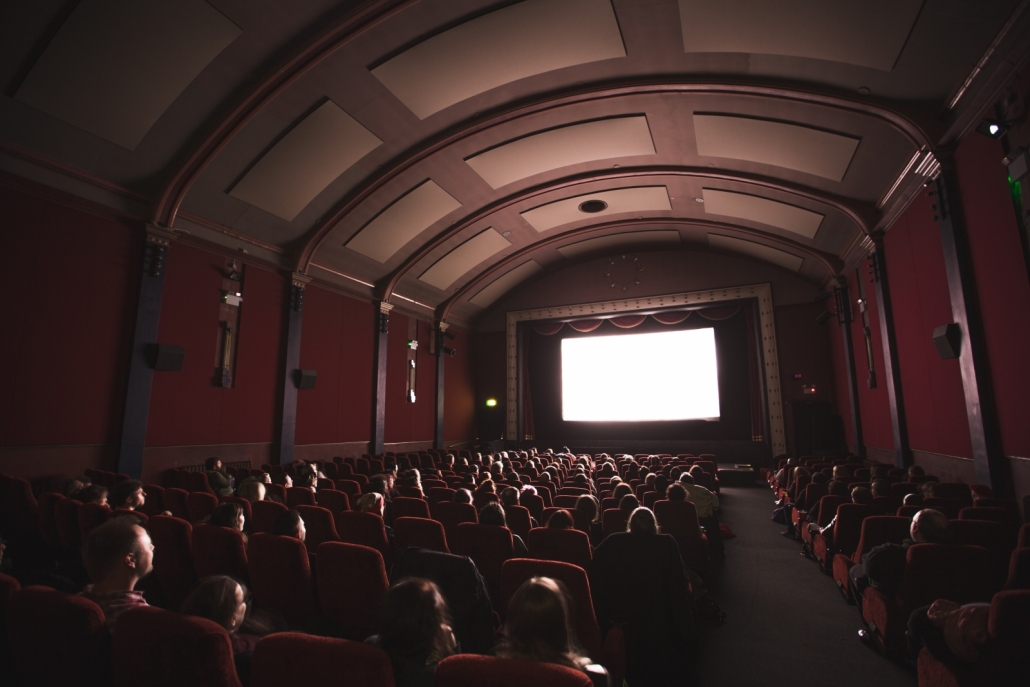 The Festival del Nuevo Cine Latinoamericano is a very popular film festival in Havana which is centred around work made by Latin-American filmmakers. Other cities also offer screenings in November, but Havana is the hub of the festival and the best place to watch films from emerging directors and producers.

The Habana Clásica is an international classical music festival held every year in Havana in November, which brings musicians from all around the world to Cuba’s capital city for concerts, workshops and cultural exchange. The event is unique in that it also emphasises Cuban culture and how this intersects with classical music, and promotes a diverse musical program that works with students from all backgrounds.

The Marabana Marathon is an annual marathon event that takes place in Havana every year, where participants can run either a marathon or a half marathon route that starts and ends in the city’s old town. The route includes a lot of Havana’s main streets, and can be watched from most parts of the city throughout the day.

Another popular music festival that also takes place in November is the Música Contemporánea de La Habana, an event that is organised by composer Guido López Gavilán and focuses on all types of contemporary music. Venues all over Havana are commandeered for this event, and performances include choral, chamber, symphonic and vocal music from both Cuban and international artists.

Are there hurricanes in Cuba in November?

Cuba’s wet season ends in October and so November is the start of the country’s dry season, meaning that it is very unlikely that there will be any hurricanes in Cuba in November.

Is Cuba hot in November?

The weather in Cuba in November is typical of the country’s dry season, with warm temperatures throughout the day that can reach up to 28°C and medium to high humidity.

Is it expensive in Cuba?

Cuba is considered to be more affordable than other Caribbean islands like Barbados or Guadalupe but is more expensive than nearby Mexican and South American countries. This is because there is a second currency for visitors to the country, so you will be paying tourists prices for the entirety of your stay.

November is a brilliant time to come to Cuba and enjoy the weather conditions that make it so popular over the winter without the same level of tourists everywhere you go. Visiting Cuba in November is always a unique and unforgettable experience, and however you decide to spend your time on the island you are sure to enjoy yourself everywhere you go.

Cuba in December
Scroll to top