No summer holiday is complete without an amazing beach to relax on. There’s honestly nothing better than a shimmering blue sky, matching the crystal blue waters, and stretches of golden white sand as far as the eye can see. Truly, feeling the heat on your skin is a unique feeling – but sometimes that’s just not enough. A beach holiday can feel so samey and, quite frankly, boring, so you would be forgiven for wanting to mix it up a little bit.

Even a simple beach holiday could benefit from an added twist. Whether that’s in the form of a beach with no sand at all, or the added element of elephants paddling in the water with you, or even visiting a beach that literally glows in the dark, there are tonnes of different ways you can inject your typical summer holiday with a little bit of fun and excitement. 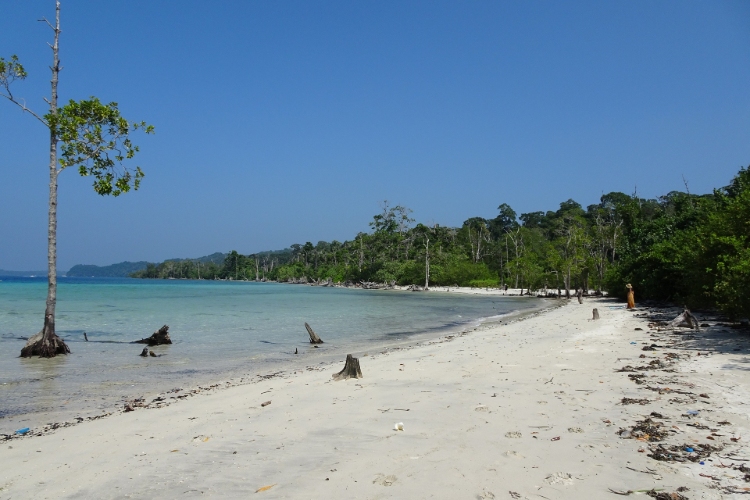 Unlike pretty much any beach you’ll have likely visited in your life, at Havelock Island you can wander the beach and just casually come face to face with elephants wandering along the edge of the tide. Havelock Island can be found in the Bay of Bengal and is easily accessible by flights from India, so if you want the chance to spot a few elephants up close and personal, this is the ideal spot for you.

The island itself is full of white sand beaches, teal shallows, dense forest for exploring, and some of the best diving spots in South Asia. It’s a place that has developed incredibly quickly over the last few years, but the sharp rise in tourism is yet to find its way onto this island, which largely remains untouched.

The Maldives is renowned for its amazing beaches, but none are quite as spectacular as the bioluminescent beaches you can find dotted around the archipelago. You’ll have almost definitely seen pictures of these beaches all over your social media, and yet the Maldives has always seemed unattainable and paradisal. As the biggest gathering of bioluminescent plankton in the world though, this is the best place to see beaches that glow in the dark. So, stick it on your bucket list.

With nearly 1200 islands, all with consistently perfect beaches, it’s hard to believe that anyone could stand out, but these bioluminescent ones do. At the end of the day, you won’t find whiter sand or more luminous water anywhere in the world. It really is a paradise on the edge of the world. 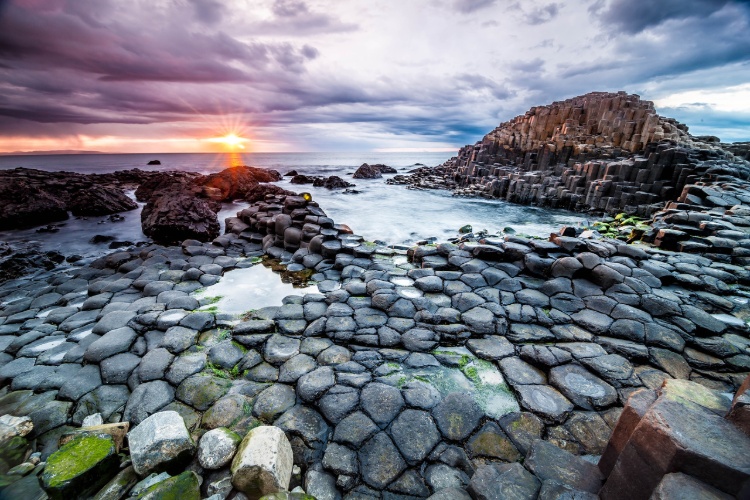 Can it be called a beach if there isn’t any sand? Apparently so, because that’s exactly what Giant’s Causeway is in Northern Ireland: a beach without sand. Instead, you’ll find yourself at the site of hundreds of interlocking basalt columns, an ancient reminder of volcanic fissures.

It’s easy to see why so many myths and legends sprung up around the giant columns. The most famous, of course, is the legend that these columns are the remains of a causeway built by a giant. As the story goes, the Irish giant Fionn MacCool, from the Fenian Cycle of Gaelic mythology, was challenged to a fight by the Scottish giant Benandonner. The two shouted threats at each other over the sea, and began making the causeway so they could meet and fight.

Whether the legend is true or not, the cliffs have since been made a protected World Heritage site, alongside the likes of Mount Everest and the Giant Redwoods.

More than just Rabbit Beach, this holiday destination is actually known as Rabbit Island – or Isola dei Conigli, in Italian. Found on the tiny island of Lampedusa, the largest of three Pelagic islands south of Sicily, the area is protected thanks to the loggerhead sea turtles that exist nearby.

With a population of just over 6000 people, Lampedusa is popular with holidaymakers thanks to the impressive sandy beaches that can be found on the eastern and southern shores. The most famous of these is, clearly, Rabbit Beach, located in a dreamily secluded bay surrounded by shallow, blue waters. 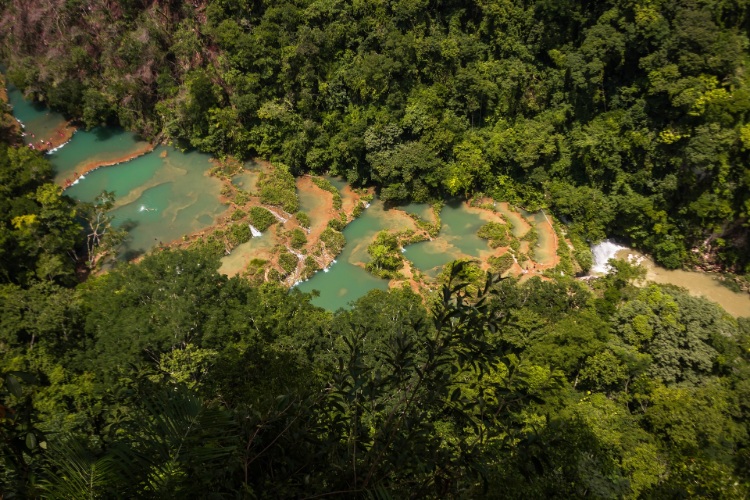 Found in the northern area of Peru, in Mancora, Vichayito beach is off the beaten track and therefore, surprisingly, quite quiet. South of Las Pocitas, nestled between sandy beaches and dry hills, Vichayito is first and foremost a fishing settlement – the perfect getaway from the hustle and bustle of civilisation.

Perfect for families, many of the local accommodations have amazing pools for kids not quite ready to swim in the open water just yet, while the adults can enjoy themselves with windsurfing, kite surfing, snorkelling, and diving. There’s also zero connectivity, which is great if you want to get completely off the grid and enjoy your holiday.

Known as the place where the river hides under the stones, Semuc Champney is a 300m long natural forming limestone bridge with six turquoise blue water pools. A popular swimming attraction in its own right, there also the chance to explore a nearby water cave, K’an Ba Cave, or tube down the Cahabón River which disappears under the bridge.

One of the best ways to see the natural wonder is not by swimming through its pools, but by hiking up the jungle to El Mirador, a natural viewpoint over the whole area. This area of paradise may be difficult to reach, but with the sweeping jungle horizon and perfectly clear water, it’s well worth the hassle. 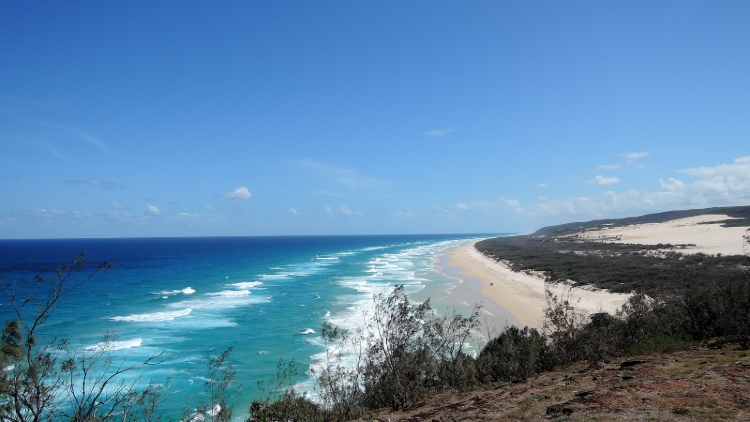 Another beach on the roundup that doesn’t come with the traditional sand, Shell Beach is covered in thousands of shells (surprise, surprise). A World Heritage-listed area, it’s one of the only two places on Earth that’s consistently being replenished by shells, thanks to a high population of the Hamelin Cockle clam that enjoys the high salt concentration in the water.

Found along Shark Bay, which stretches for more than 1500km of dazzling coastline, you’ll be able to see turquoise lagoons, barren peninsulas, hidden bays, white0-sand beaches, limestone cliffs, and a number of different islands. It’s one of Western Australia’s most biologically rich areas, with a variety of plant and animal life found nowhere else on earth.

Shark Bay itself has greatly benefitted from Project Eden, an ambitious ecosystem regeneration programme with an aim to reintroduce endemic species to the area.

Also known as Rainbow beach, this 75-mile stretch of coastline is best known for its colourful sand cliffs (and its length, of course). It’s the best place to get easy across to Fraser Island, but despite its fame and incredible attractions, it’s relatively low-key. If you trek across the Cooloola Section of the Great Sandy National Park, you’ll get the most dramatic approach possible to the beach, but all around the area is fairly secret.

75 Mile Beach is also a great place to test out a bunch of different outdoor activities, have a look at the backpacker scene, or just relax by the sea. There are also some great things to see as you just walk along the coast as well: the Maheno shipwreck, which was a liner that was driven ashore during a cyclone in 1935, Champagne Pools, and a landing strip for light aircraft.

This super secluded bay in Morocco, known as Legzira Plage or El Gzira, is arguably the country’s most unique beach. Found nestled between the towns of Sidi Ifni and Mirleft, its iconic status lies in the two, strikingly red stone arches, formed after decades of erosion. In 2016, one of these arches did collapse in the dead of night, but the one remaining is spectacular enough for the both of them.

While it is accessible from Route 104, it’s a much more scenic route to walk along the beaches and cliffs – although this is only possible at low tide. Tourism may be spreading across the area, but Legzira beach remains untouched and pristine.

With 9km of uninterrupted beach, and swimming possible at all tides, Lazy Lagoon is a veritable private island in the middle of the Indian Ocean, complete with white sandy beaches. Only accessible by ferry from Dar es Salaam, the lagoon is best experienced between June and November, during the dry season in Tanzania that only sees a little rain.

While visiting, incorporate a trip to Dar es Salaam, a thriving metropolis city with a low-key, down to earth atmosphere. There are excellent craft markets, restaurants, sandy beaches and more. Plus, the architecture is a mixture of African, Arab, Indian, and German, so there’s a lot for culture vultures to sink their teeth into. 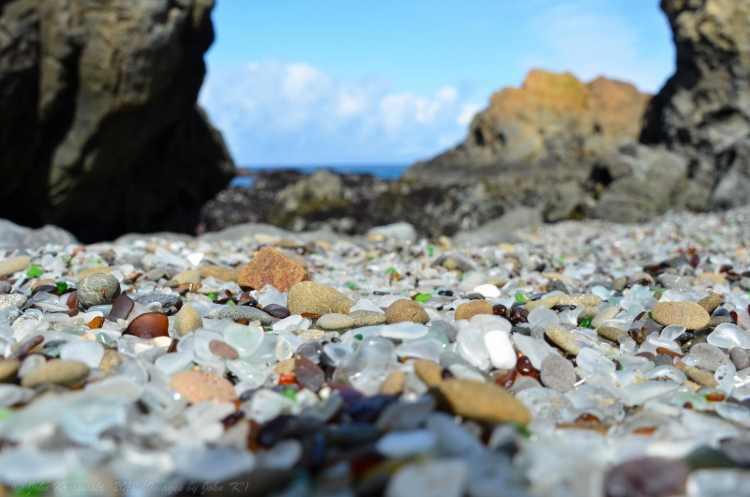 Also known as the Green Beach of Hawaii, the bright emerald sand you can find at Papakolea is a result of lava cooling in the sea, forming olivine crystals. These crystals were deposited by a volcanic explosion roughly 10,000 years ago, and the beach is only getting greener as time goes on: they’re heavier than other volcanic materials, so as the water washes the rest away, the green crystals stay behind. Eventually, the olivine will run out, and the beach will turn grey, but not for a long time.

This isn’t the only brightly coloured beach along the Hawaiian coastline; a journey around the island will show you ebony black, Mars red, and other green beaches. You might have to hike to get to them, but it’s totally worth it.

Not necessarily a beach that should be celebrated, Glass Beach has been created from years of dumping rubbish into the area. Starting in 1949, the site was established as an official water dump site, where things like glass, appliances, and even vehicles would be discarded. Various clean-up programmes were carried out, removing metal and other items that weren’t biodegradable to be sold as scrap, or made into art.

It was the natural process of the waves hitting the shore that broke down the glass and pottery, turning those pieces in the small, coloured pieces that now cover the beach. All the debris has now been eroded, creating a pearlescent shoreline.

The beach is a testament to nature’s amazing ability to create treasure from humanity’s trash, and it has since become a famous tourist spot. There’s even a celebration held here every Memorial Day weekend, called the Glass Festival.

Whether you’re sunning it up in Europe or trekking halfway across the world to visit the beaches in Australia, there’s no doubt that you’ll have a pretty good holiday.

But visit one of these unusual beaches, and that “good” holiday gets an upgrade to great. Because that’s what you deserve. 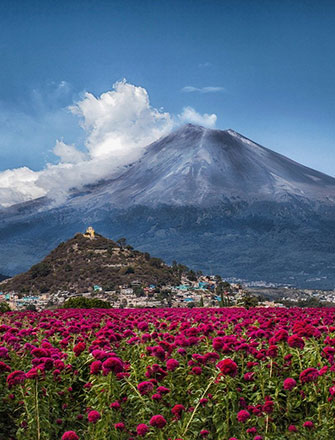 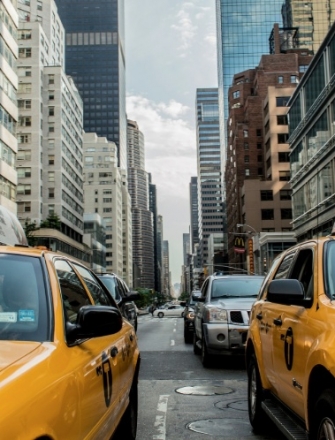 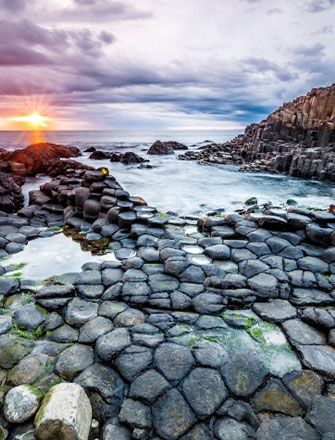 29 things you have to do in Havana