Morocco is one of the most stunning countries in the world, with incredible art, culture and architecture alongside beautiful natural scenery. From the lively historic cities to the vast expanse of the desert and long stretches of coast, there’s so much more to discover in Morocco than it’s popular locations and tourist attractions.

If you’re looking to experience a more authentic trip to Morocco then March is one of the best months of the year to visit, as it’s the low season for tourism meaning that a lot of the country is empty of other travellers. With mild and pleasant weather forecast almost every day, there’s no better time to come and sightsee to your heart’s content.

Reasons to visit Morocco in March 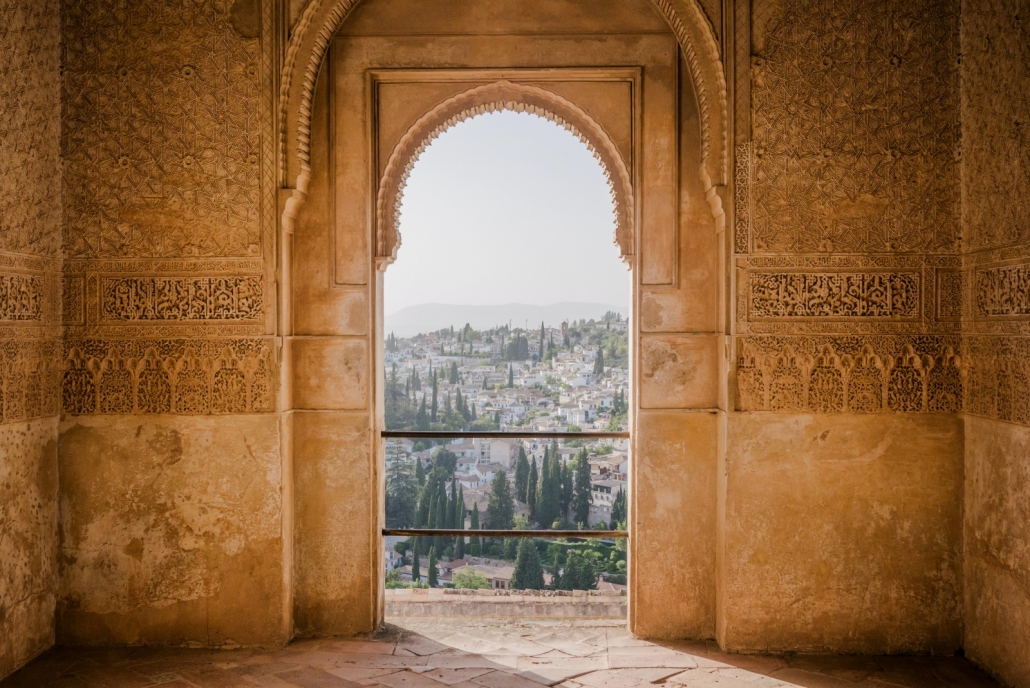 Weather in Morocco in March 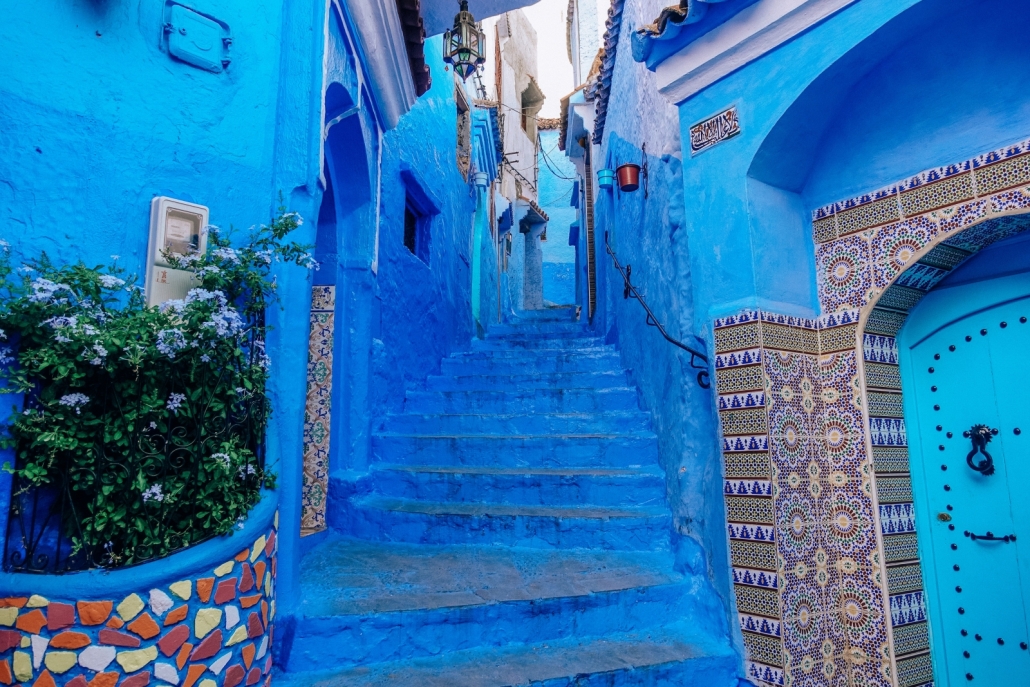 The geography of Morocco means that you will find different weather conditions around the country in March, with coastal areas experiencing a more Mediterranean climate and higher temperatures inland. It’s generally a warm and sunny time of the year, which makes Morocco an excellent destination for an early springtime holiday.

The average high temperature in Agadir in Morocco is 21ºC, 17ºC in Marrakech and 14ºC in Rabat on the coast. Temperatures tend to fall to around 11ºC in the evenings everywhere, which will feel quite cold in comparison to the daytime and tends to require a few more layers of you’re still out and about.

The average sea temperature along the coast of Morocco is around 17ºC, which is not hugely warm but still suitable for swimming if you don’t mind the initial shock of cold.

There is an average of only 4 days of rain on the coast of Morocco in March, with slightly more days of rain forecasted across locations that are inland. Any rain showers that do occur are likely to be light and quite short-lived, so it is very unlikely that your holiday will be disrupted by bad weather.

There is an average of 8-9 hours of sunshine every day in Morocco, which is ideal if you’re looking for a warm holiday that will kick-start your tan for the year. The sun rises in March just before 8 am and sets at around 7.30 pm.

Where to go in Morocco in March 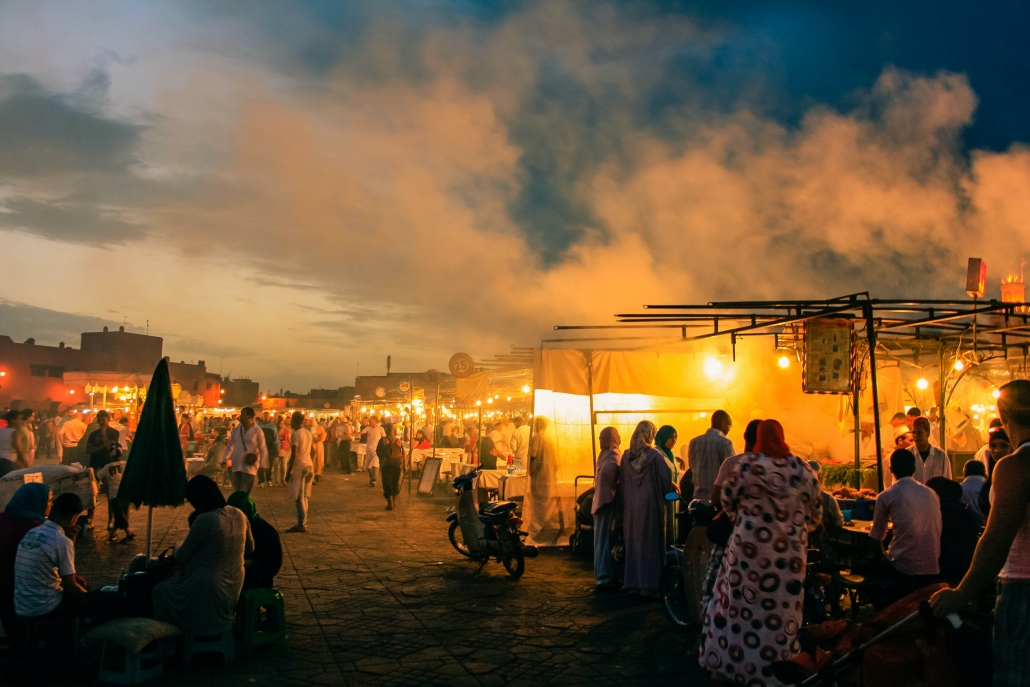 The city of Marrakech is one of the most popular destinations in Morocco for travellers all year round, and the weather in March makes for ideal conditions to enjoy sightseeing all that this colourful part of the world has to offer. If you’re after adventure then the Sahara desert is right next door, but there’s plenty to see and do within the city streets as well.

Marrakech has a walled city centre, also known as a Medina, made up of narrow winding streets in which you’ll find plenty of little shops and cafes with local people offering their wares. There are mountains to be found on one side of the city centre and the beach on the other, so if you get tired of exploring Marrakech then there’s a huge variety of other scenery right on the city’s doorstep.

Fez is known as being the oldest medieval city in the world, and is one of the best cities in Morocco to visit if you’re looking for culture and history. Home to the country’s oldest Medina, Fes el-Bal, it’s a brilliant place to immerse yourself in local markets and admire the architecture of mosques and schools.

The city was once a hub for philosophers, lawyers, mathematicians and theologians and had a huge amount of influence up until the start of the 19th century. You can still see the historic splendour of Fez in many of its areas, and there are plenty of museums and galleries that showcase items and artworks that were produced in the city over the years. The Dar Batha Museum is a highlight, both for its collections and the architecture of the building.

Things to do in Morocco in March 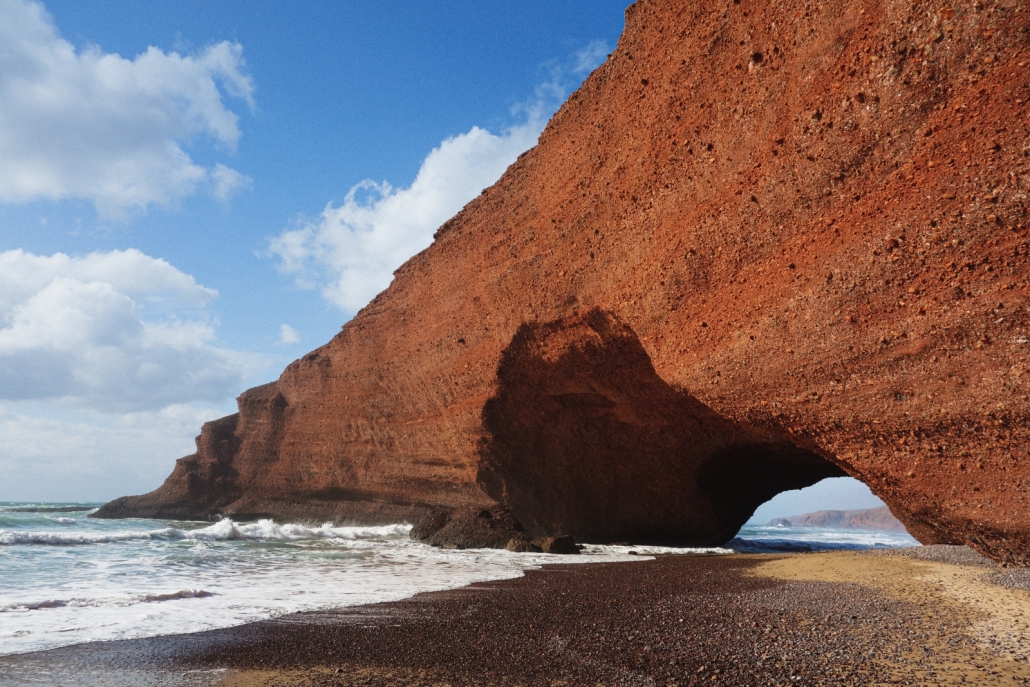 The scenery in Morocco is incredibly beautiful in March, and one of the best ways to really appreciate them is to go hiking in the country’s green spaces. The Rif Mountains or High Atlas Mountains are particularly good spots, or alternatively you can just walk along the coast and enjoy the warm temperatures and sunshine beside the beaches.

Nowadays you can journey all the way from London to Morocco on the Marrakech Express, but those who are already in the country can just enjoy the 4-hour train journey between Casablanca and Marrakech. If you can’t afford the luxury of the grand Marrakesh Express then there are plenty of other trains that travel between the two countries, many of which are still on old fashioned style trains.

Legzira Beach on the coast of Morocco is one of the most popular locations by the sea in the country, thanks to the naturally formed red stone arches that jut out from the cliffs and are accessible at low tide. Sadly, one of the biggest arches recently collapsed due to erosion, but one impressive rock formation still remains and looks particularly impressive at sunset when the stone glows in the orange light.

The peak tourist seasons in Morocco are in the middle of summer and the middle of winter, so March is an excellent time of the year to visit if you don’t want to have to share the country with crowds of other travellers. March is the last month of the tourism low season, so you can expect prices for accommodation and transportation to be much lower than they are when the country is flooded with tourists.

If you want to make the most of cheap prices, March could be the best time to visit the resort areas of the country like Port El Kantaoui where you can snap up an off-season deal and enjoy the luxury facilities that are flooded with other tourists in the summer. 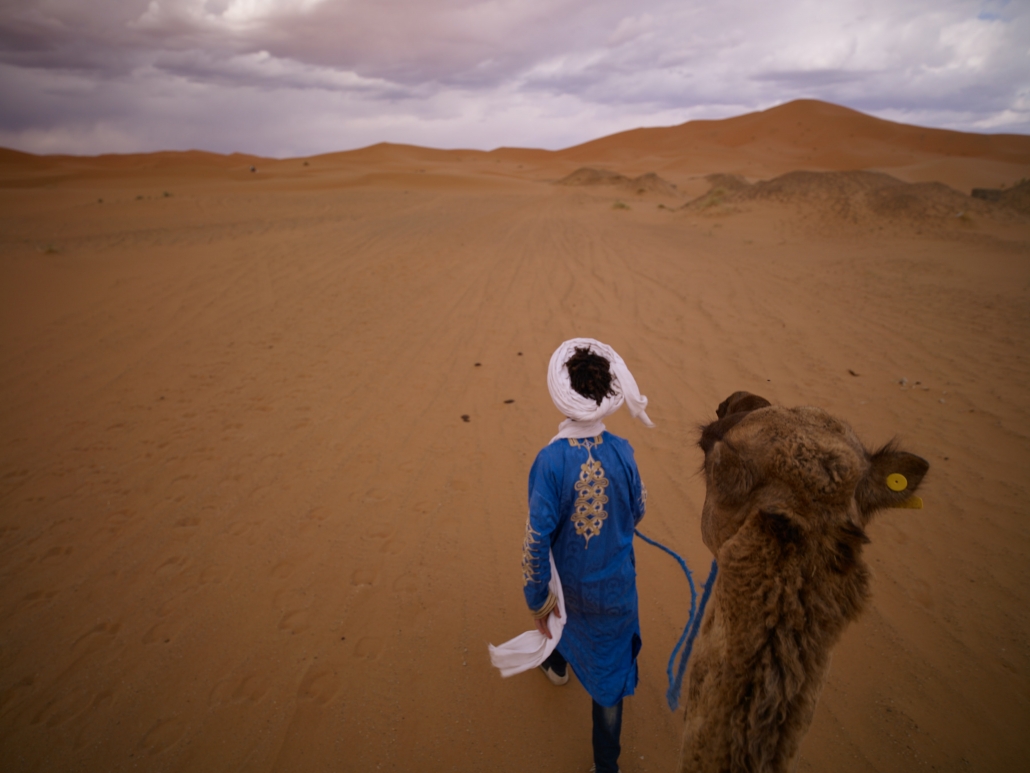 Morocco’s annual International Nomads Festival is a celebration of the nomadic culture that many tribes and communities in the country live by. The event takes place in the village of M’Hamid El Ghizlane that is quite far from any other civilisation, but it is well worth attending to learn more about the nomadic lifestyle and the efforts being made to preserve it.

At this festival, there will be displays of nomadic tribes’ music, poetry, storytelling and traditional dance, as well as plenty of food and drink shared. There are also talks about various aspects of nomadic culture and the importance of preserving this lifestyle. 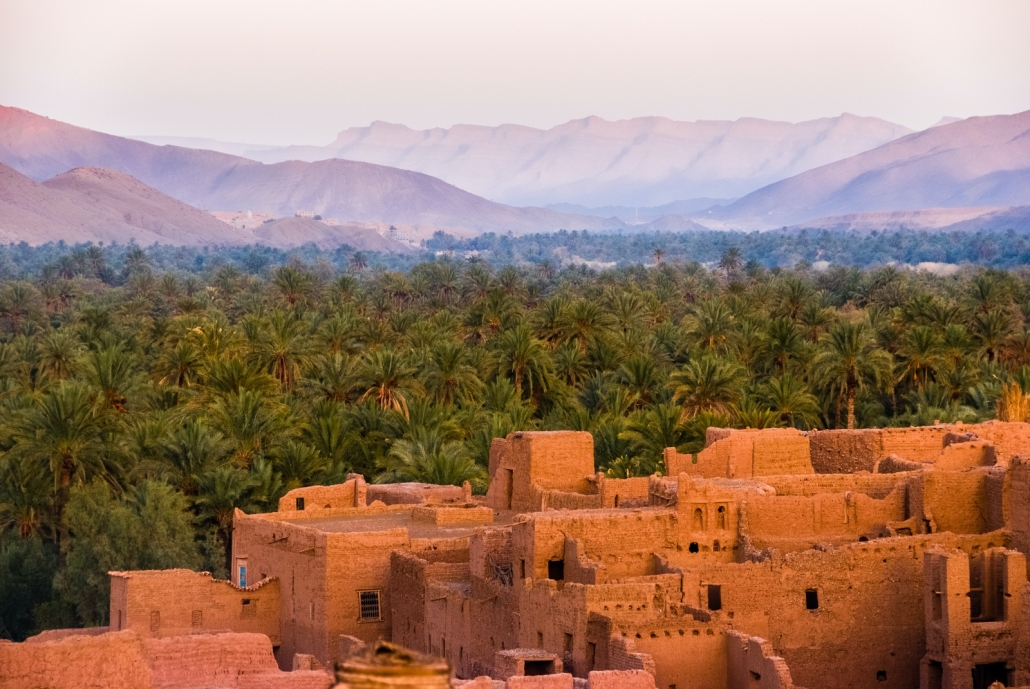 Is Morocco cold in March?

March is the first month in Morocco where temperatures start to rise after the winter, and it is generally pretty warm throughout the month. It will still feel a lot cooler in the evenings across the country, but the days will be warm and sunny most of the time.

What clothes to wear in Morocco in March?

If you’re visiting Morocco in March then you’re going to want to pack lots of clothes that are cool, light and good for layering over the top of each other. It can be very warm during the day and you’ll need clothing that will keep you cool but cover your skin from the sun, as well as a jacket or coat for when the temperature falls in the evening.

Morocco is a holiday destination that everyone should visit at least once in their lifetime. There’s truly no other part of the world with such a colourful and unique mix of cities, towns and natural landscapes, along with a fascinating cultural heritage.

Avoid the oppressive heat of the summer and visit the country in March to make the most out of the pleasantly mild weather and lack of crowds. Whether you’re just after a beach resort holiday, have an interest in history or just want to absorb as much of the country’s vibrant colours as possible, you’re bound to have an unforgettable trip.

Want to find out more about the top destinations in Africa to visit in March? Read our guides to The Quirimbas and Tunisia, or take a look at our rundown of Where to Go in March. 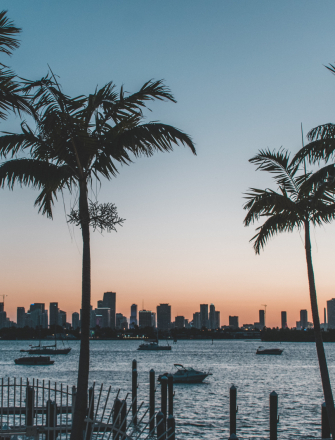 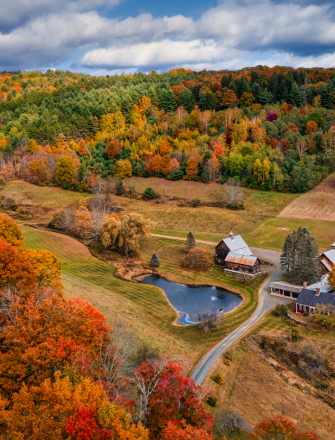 The Quirimbas in March
Scroll to top